Riham was born with a cleft lip and palate.  Her family fled from the war in Syria and have lived in Lebanon for several years.  At first, Riham’s mother had difficulty feeding her daughter.  After meeting the GSF team in Beirut at the age of 6 months, Riham was able to undergo a cleft lip repair and was able to feed properly.  She came back a year later to undergo a cleft palate repair.

Riham’s grandmother told GSF volunteers that when her granddaughter was born, she was worried about what the future would hold for the infant.  After Riham’s first surgery, she started to make friends with other children in the neighborhood, and now her grandmother is happy. 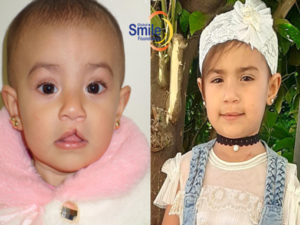 Zahraa's parents did not know that she had a cleft lip and palate until she was born. Read More 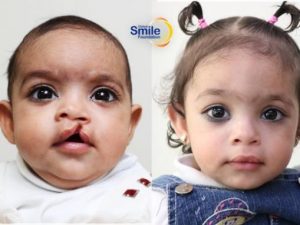 Aya and her sister, Jehan, were both born with cleft lips. Research has shown that there is a genetic component to cleft. Read More 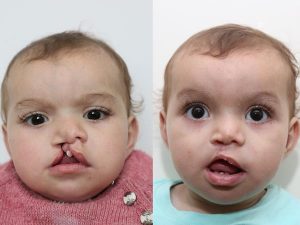 Bouchra's parents were worried about how to care for their daughter. Read More
Donate Now